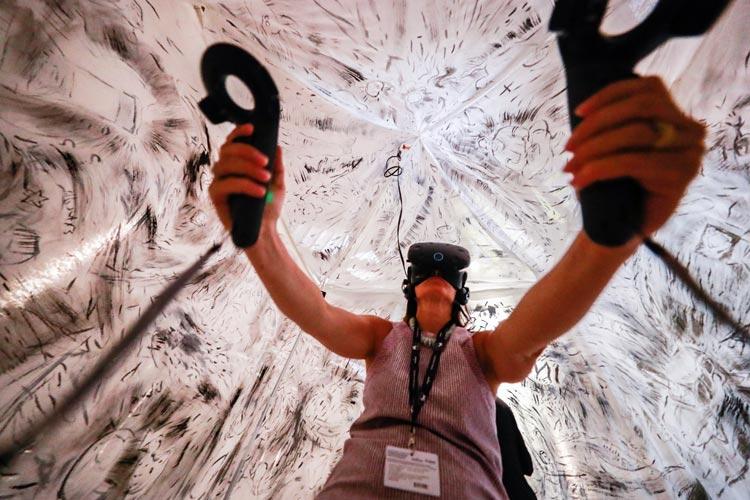 The works of Venice VR Expanded, the Virtual Reality section of the 77th Venice International Film Festival (2-12 September 2020) of La Biennale di Venezia will be available for viewing online through physical VR Exhibitions set up in the following cultural institutions around the world:

These institutions, which make up the Venice VR Expanded Satellite network, will make it possible for audiences who do not own the VR equipment necessary to view the works online, to enjoy the experience of the 44 immersive projects of Venice VR Expanded, from 24 different countries, at physical locations, which will be equipped with the required technology. Audiences will access the Venice VR programme by booking directly with each venue.

For the entire duration of the 77th Venice Film Festival (2-12 September), each of these locations will create a VR Exhibition open to the public and equipped with VR headsets, in which spectators can explore the 31 immersive projects of Venice VR Expanded in Competition, the nine projects Out of Competition – Best of VR and the four projects developed during the fourth and previous editions of the Biennale College Cinema – VR.

As previously announced, the Virtual Reality works in this edition of the Venice Film Festival will not be shown on the Venetian island of Lazzaretto Vecchio, but will be fully available online, thanks to an innovative combination of digital platforms made in partnership with HTC VIVEPORT, Facebook’s Oculus, VRChat and VRrOOm.

The accredited viewers of the Venice Film Festival will have access to all the titles in the online programme. There will also be a special VR accreditation.
All the works in the selection are restricted to viewers ages 14 and above.

The members of the international Jury for Venice VR Expanded: