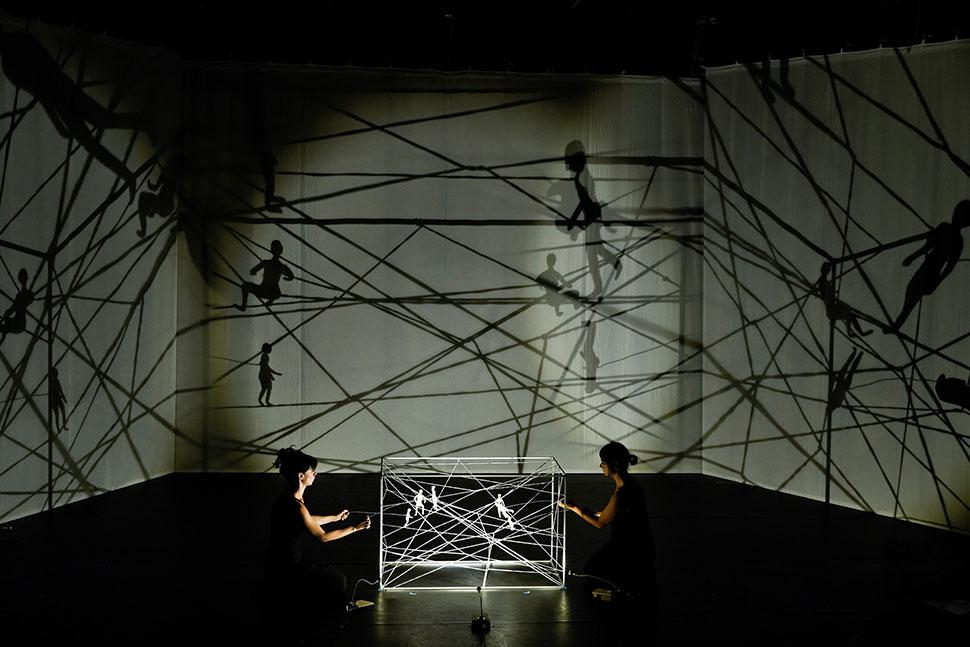 UNTOLD, unspoken.
What cannot be said cannot be elaborated or resolved.
From the shadow of denial cracks and incongruences emerge and concealed elements leave marks and messages, push to the surface in an attempt to re-emerge, demand the limelight.

UNTOLD uses an expressive technique which is the result of meticulous research into shadow theatre’s potential.
In visually projecting bodies and objects, illusion and the revelation of the artifice coexist.
The visual theatre language melds with an original soundtrack which is an integral part of the play.