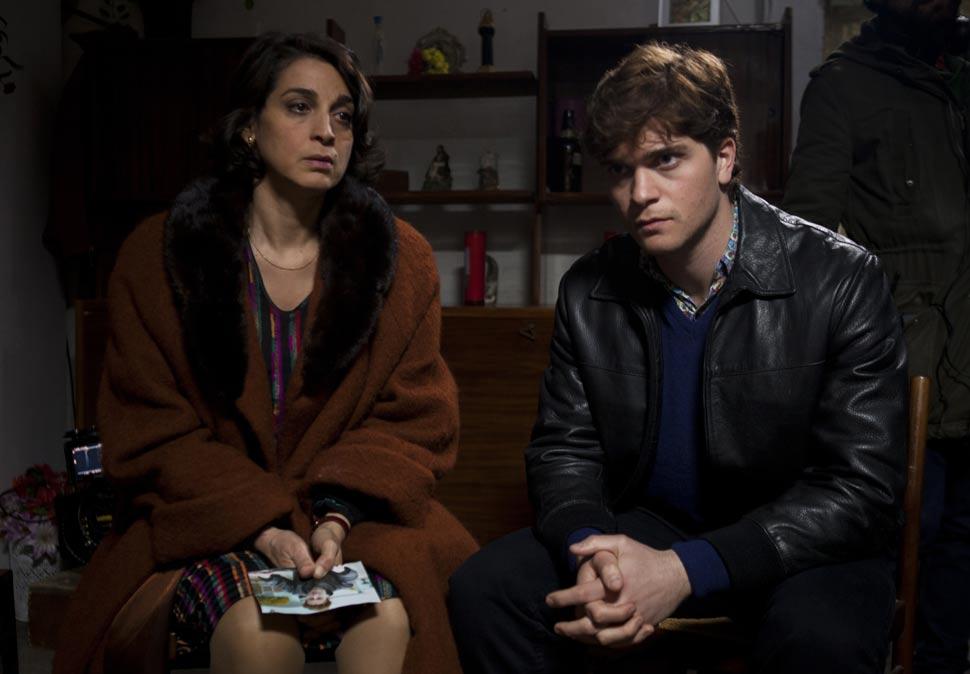 Amedeo Letizia is a twenty-year-old who at the end of the 1980s moves to Rome from Casal di Principe to pursue a career as an actor. He is just taking his first steps, between a photonovel and a part on the small screen in one of the most famous serials of those years, I ragazzi del muretto, when his younger brother, Paolo, is kidnapped by some men wearing hoods and vanishes from sight. Amedeo returns to the town of his birth, and right from the start this journey proves to be a descent into the hell of his past and the contradictions of his land. Since the investigation carried out by the carabinieri is getting nowhere, he decides to conduct his own search: he does it armed with a rifle and with the aid of his seventeen-year-old cousin Marco. The details of the disappearance emerge gradually over the course of the film, in which we see Amedeo roaming a territory that stretches from the countryside to the sea and includes a number of lakes, in a frantic search for his brother. He combs the area with Marco without knowing whether to look for a corpse or a place where Paolo is being held prisoner.

This powerful real-life story made me think a great deal about how the cinema has represented the ideology imposed on people by underworld organizations and allowed me to take a plunge into a little explored area: the life of ordinary people in places where the camorra holds sway. A story in which the heroes are neither the criminals nor those who combat them, but the people who are caught against their will in the net of the Mob. It is a story poised between the difficult struggle to forget things in order to go on living and the need for memory and truth. Seesawing between action and anagnorisis, Nato a Casal di Principe has been a turning point for me.