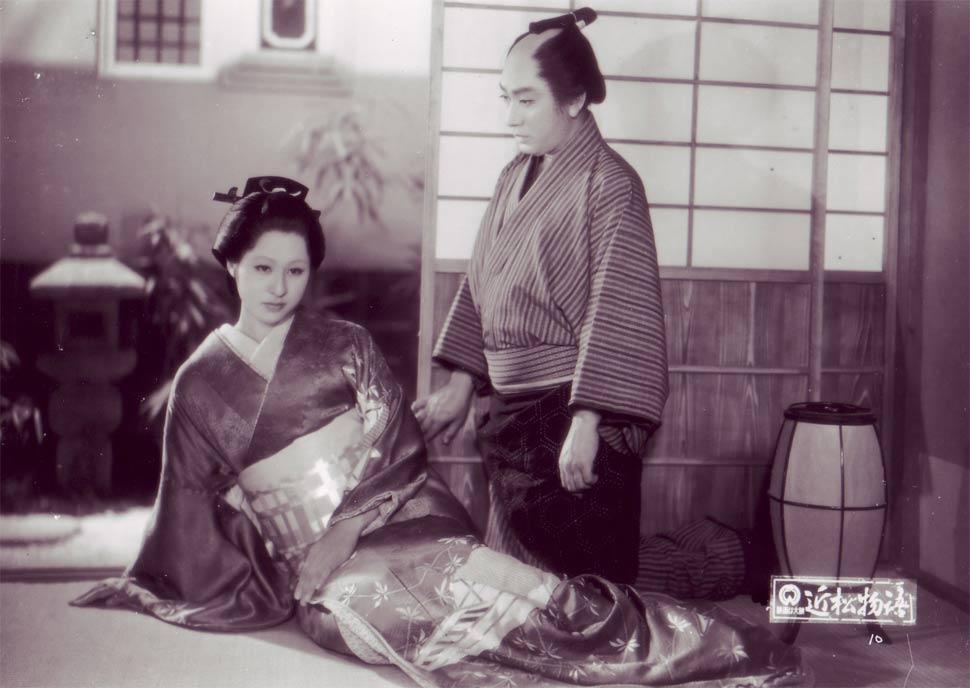 Set in 17th-century Japan Chikamatsu monogatari tells a haunting tale of doomed love between merchant Ishun’s wife, Osan, and his top apprentice, Mohei. Ishun is a wealthy but miserly scroll-maker in Kyoto, especially regarding his younger wife who is younger and from an impoverished family. When Osan’s brother asks for a loan, he is refused. Osan then seeks help from Mohei, who forges a receipt in an attempt at obtaining the money from Ishun, but is caught. Ishun’s false suspicions of an affair are seemingly confirmed. To escape punishment, the accused run away together, with the household certain to be ruined if word gets out. This luminous black- and-white film is ultimately a cautionary tale about morality and fate, as the lovers’ true feelings for each other emerge only after they have been accused of infidelities they never actually committed.

This film highlights one of Mizoguchi’s great themes, found in all his films: money. In the film-maker’s conception of it, money is the symbol of coercive reality in human society. Money becomes a vital necessity for Mizoguchi’s character, which allows him to see to life’s necessities. But it’s a vital necessity which is in fact the result of an illusion. Because he was in the grip of this mirage, the husband finds himself ruined and dishonoured. Because they allowed themselves to be caught by the fallacious idea of money—fortunately, not for themselves, but to help others—the lovers will become the victims of its relentless power, especially of the social laws which have been decreed to make the efficacy of this false value even stronger.