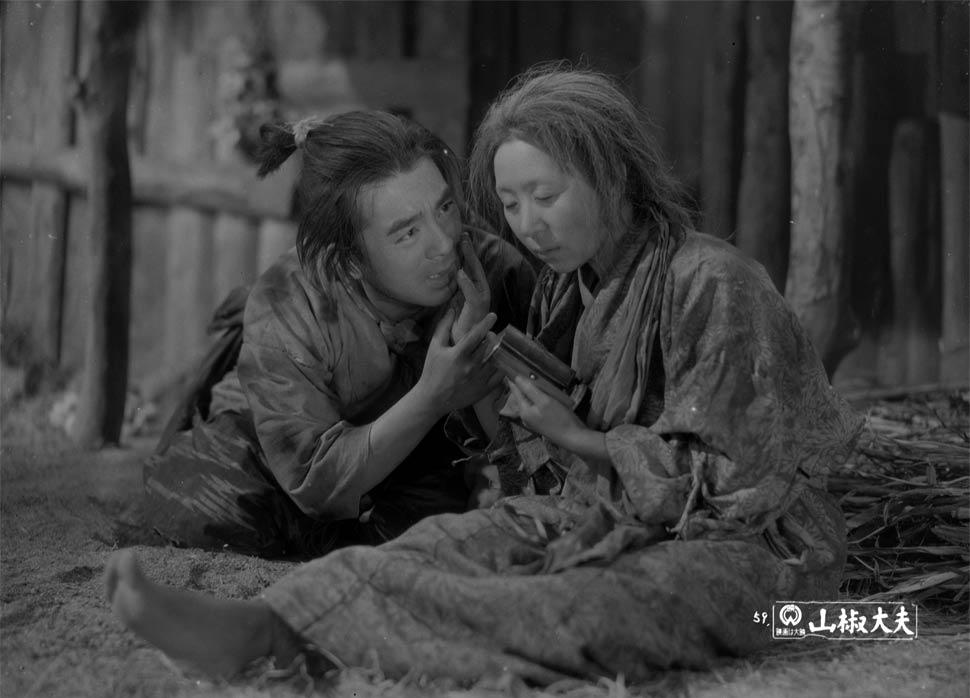 When an idealistic governor disobeys the reigning feudal lord, he is cast into exile, his wife and children left to fend for themselves and eventually wrenched apart by vicious slave traders. The children grow to young adulthood at the slave camp of Sansho the Bailiff. Anju still believes in the teachings of her father, which advocate treating others with humanity, but Zushiō has repressed his humanity, becoming one of the overseers who punishes other slaves in the belief that this is the only way to survive. Anju hears a song from a new slave girl from Sado which mentions her and her brother in the lyrics. This leads her to believe their mother may still be alive, and the two attempt an escape to reunite the family. Set in the Heian Period this classic Japanese story is one of cinema’s greatest masterpieces, a monumental, empathetic expression of human resilience in the face of evil.

The duality inherent in Mizoguchi’s work is immediately obvious in the screenplay. The story has a deeply religious inspiration. It can be interpreted as the story of a soul which leaves the ethereal regions to be reincarnated and subjected to the oppressing slavery of matter and the body: of the life, of which Shansho the Bailiff is the symbol. He is at the service of the gods against man. At the same time though his film also shows a violently anti-religious, atheistic character, it presents itself as an implacable statement, a denunciation of the exploitation of man by man and a statement of the latter’s necessity to fight incessantly for justice and against iniquity.