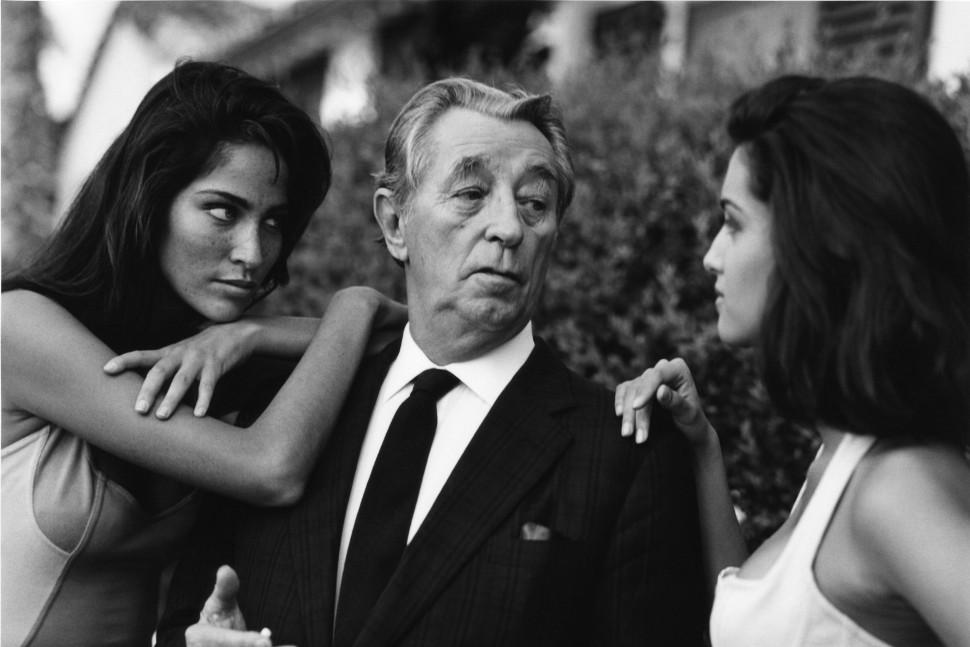 In the late 1990s, iconic photographer Bruce Weber managed to convince Robert Mitchum to appear before his camera for a filmed portrait. Weber shot Mitchum in 35mm and 16mm black and white, hanging with friends and cronies in restaurants and hotel rooms and singing before a microphone at Capitol Records, recording standards for a projected album. When Mitchum passed away in 1997, Weber parked his beloved project and it was some time before he went back into his footage, picked up the camera again to continue, and complete, his tribute to Mitchum.
Nice Girls Don’t Stay for Breakfast is a beautifully textured full-throttle portrait of a man who came from—and for many was the very embodiment of—a bygone era, speaking and enacting its prejudices, its longings, and its charms. Robert Mitchum, Hollywood’s original “bad boy” was a great artist with the sensibility of a poet.

A famous actor once told me that one of the best performances he’d ever seen was Bob Mitchum during a dinner party. In making a portrait of Bob, I tried to show the man who made over 130 movies and still wanted us to believe that he just didn’t care. Bob was very well-read and wrote poetry, which comes as a surprise to most people, who can only see him as the original tough guy who made war movies, noir films and Westerns. Our film was initially inspired by a book Bob wrote with his brother John called Them Ornery Mitchum Boys but I realized that my film was really about an aging sex symbol, who happened to be a man – instead of the usual Marilyn Monroe story that we’re so used to reading about. Bob didn’t like to talk about the early days because he had run away from home ten times before he was fifteen, had been in prison, and was on a chain gang in Georgia. Like most male actors who had come of age at that time, he had a problem communicating when he wasn’t in wardrobe and makeup. I think that my film tries to show through interviews with Bob as well as friends and admirers, musical numbers and archival footage, the struggle that one has when you spend your entire life still trying to run away from home.