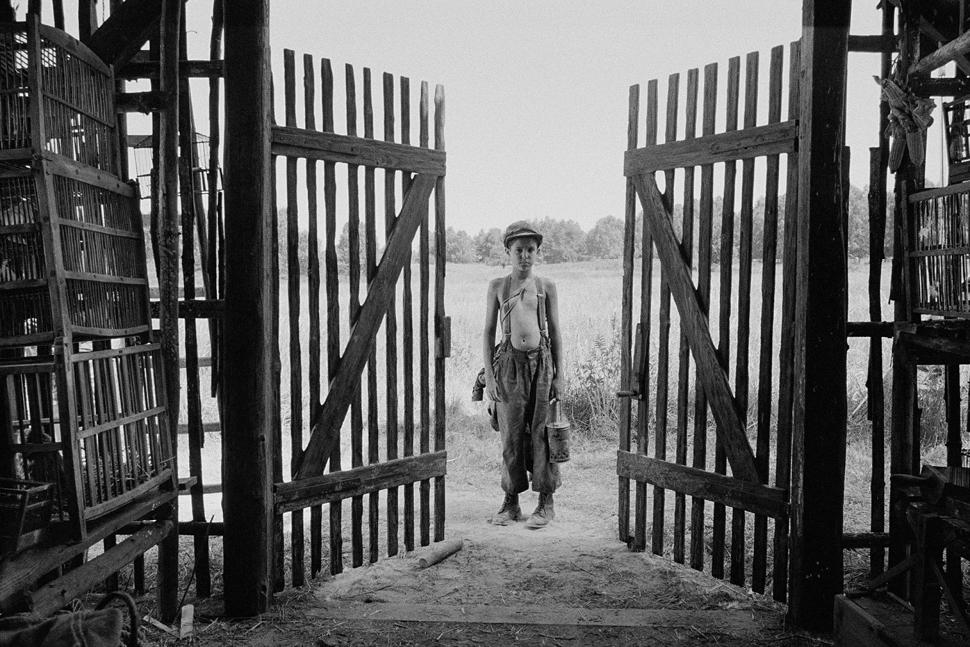 Based on the acclaimed novel by Jerzy Kosinski, The Painted Bird is a meticulous 35mm black and white evocation of wild, primitive Eastern Europe at the bloody close of World War II. The film follows the journey of the Boy, entrusted by his persecuted parents to an elderly foster mother. The old woman soon dies and the Boy is on his own, wandering through the country-side, from village to farmhouse. As he struggles for survival, the Boy suffers through extraordinary brutality meted out by the superstitious peasants and he witnesses the terrifying violence of the efficient, ruthless soldiers, both Russian and German. When the war ends, the Boy has been changed, forever.

The Painted Bird is not a war film, nor even a Holocaust film, for me it’s a completely timeless story. Of the struggle between darkness and light, good and evil and many other opposites. The story forces us to ask ourselves many unpleasant questions and to find for them, by ourselves, often very painful answers. It leads you to the most cutting doubts on the purpose and fate of the species Homo sapiens, doubts that hurt so much that you try to hang on to anything positive. Only in darkness can we see light. At least, this is how I read The Painted Bird. Shining through all the horrors is, for me, hope. For every artist, the treatment of such themes is almost a life-or-death challenge.