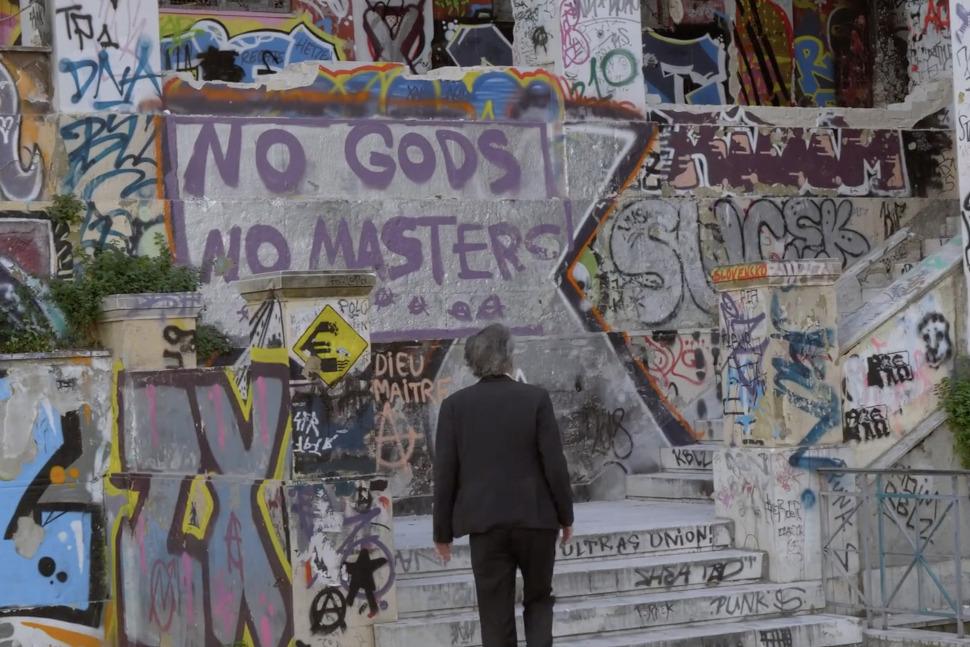 During the 2019 European election campaign, Bernard-Henri Levy sets out to save Europe by travelling across the continent with a play written and performed by him. The film follows the relentless defender of the EU along the roads of some 20 intertwined countries, but also goes out of the theatres to meet situations and faces. The black and white aplomb of the character BHL underlines, in contrast, the colourful dress of Princess Europe, whose frail fabric is woven of unevenly distributed wealth, memories of war and promises of struggle. A mute migrant, the sweetness of Lisbon, the irruption of the Transcarpathian in the basement of an Ukrainian bar, a President who pretends that “populism is the people” or another one who mourns his country abandoned to free trade, Macron, Orbán, Babis, well known and unknown people, are the characters of this story. We push the muddy or golden doors of all houses; we roam a common space, we capture, or leave, the theatrical adventure; and we listen to the chorus of the multitude rising above the jousts of power.

After having directed collective films, and some films on my own, here I am now confronted with the exercise of a constraint film. I met my constraint by chance in Libya and then, I followed it to Iraq. Its name is Bernard-Henri Levy and it is a lively, possessed and excessive one. I try to paint a portrait of this Europe that obsesses Levy. Three months of travel, a thousand encounters, the subject struggles. I unfold my passe-partout which multiplies the faces and the voices. He unfolds his own, larger, and leads me into the antechamber of all the castles... The problem thickens, I simply distinguish that it is necessary to listen to the people and the forces. And, from there, to be able to restore, I hope, a little of the movements which agitate our continent.