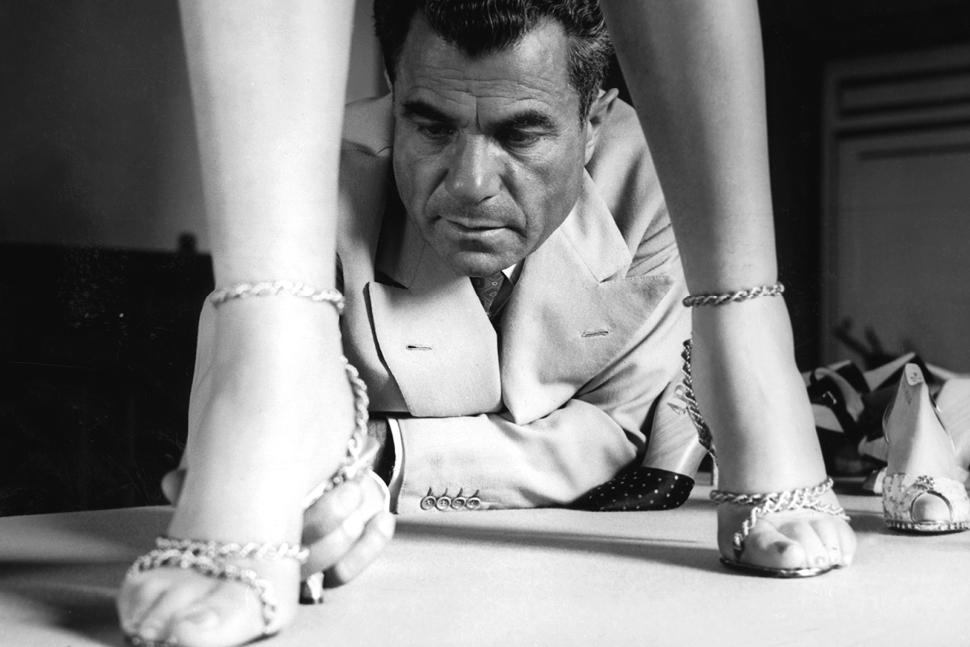 The mystery and fascination of an important, multifaceted and complex figure as Salvatore Ferragamo has led to a human, artistic and entrepreneurial story being told from different points of view. Many people see something marvelous in his life: for some it is a miracle, for others a fairytale. In reality, while extraordinary, Ferragamo’s life had little to do with luck or chance. Rather it was the product of a combination of many different factors: character, determination, instinct, genius, imagination, curiosity and, last but not least, his incredible intuition. Out of all these necessary and indispensable elements came the uniqueness of his personality, which it would be fundamental to reveal and analyze. His childhood years in Bonito, where he made his first shoes for his sister’s First Communion, set the tone for a career that was ready to take off. Salvatore, after a year’s apprenticeship in Naples’s best workshops, started to think about a change that would be the trigger for his rise. Despite his youth, he decided to leave for the United States, where he began to shape his future. He made a choice similar to that of many other Italian citizens in search of a better life, with the hope of being accepted in a foreign land. Arriving in New York, he disembarked on Ellis Island. Later he would work in Santa Barbara, before moving to Los Angeles to design and make footwear for the stars of many important movies and the majority of the celebrities of the day. Returning to Italy, he had to struggle to overcome bankruptcy and eventually ended up in Florence. Florence was the city that allowed him to get back on his feet again. It became the center of his creativity. He set up a workshop, then opened a store and started to shape his own brand, which would go on to become an empire in the fashion world of the time. He proved capable of overcoming all sorts of crises, including the Fascist government, without ever betraying his creative spirit, and establishing himself as one of the great personalities of the 20th century. Ferragamo was a man capable of adapting to different periods, constantly reinventing himself, without ever losing touch with his fundamental qualities. Ferragamo married Wanda Miletti and created a family. The importance that Ferragamo always attached to family ties and love, a typical expression of Southern Italian culture, was an aspect of great signficance that pervaded his whole life. The members of his family have never forgotten what he did and continue to remember and honor his legacy.

What is genius? How is a system born, be it the cinema or fashion? And how can the frenzied obsession with a constant search for ideas and creativity be reconciled with tradition and family values? Salvatore Ferragamo (1898-1960), protagonist and witness of the 20th century, is the answer to these questions.