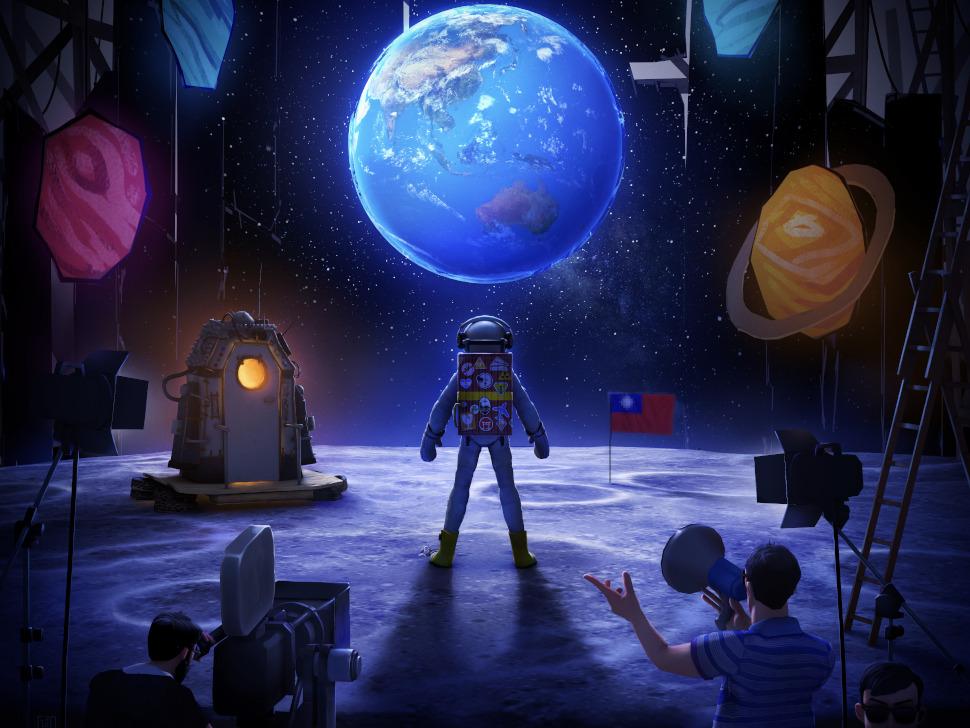 In 1969, Apollo 11 landed on the moon. Despite all the conspiracy that popped up around it, the USA successfully showed the world what a powerful a country could accomplish. 50 years later, people in Taiwan are struggling between an identity crisis and economic fluctuations, hoping for something or someone that would show up and save the day.
This desire is why you are hired as to be a national hero - the very first Taiwanese who lands on the moon. However, space travel is extremely expensive, so lacking the actual budget for space exploration, a fake moon- landing video will need to be made, just like in the famous Kubrick conspiracy.

I wanted to make an interactive political satire about the Taiwanese government faking our own moon landing and show the world that we can be “great” too. You, the audience, are going to become “the first Taiwanese astronaut landing on the moon.” If we cannot solve actual problems on Earth, we can always stun everyone with a spectacular show.