“Right from his debut, marked by his innovative and irreverent approach to rules and traditions, Roberto Benigni stands out in the panorama of the Italian performing arts as an unprecedented and unequaled figure of reference. Juggling his appearances on theatrical stages, movie sets, and television studios, each time with surprising results, he shines in all of them thanks to his exuberance and impetuosity, his generous way with the public, and the passionate joyfulness that is perhaps the most original hallmark of his opus. With admirable eclecticism, and always true to form, he is one of the most extraordinary comedy actors in an admittedly rich gallery of Italian performers; a memorable director who makes enormously popular movies; and, his most recent transformation, one of the most esteemed performers and popularizers of Dante’s Divine Comedy. Few artists have equaled his ability to combine explosive comic timing, which is often accompanied by irreverent satire, with his admirable talent as an actor – at the service of great directors such as Federico Fellini, Matteo Garrone, and Jim Jarmusch – and as an engaging and sophisticated literary exegete.” (Alberto Barbera) 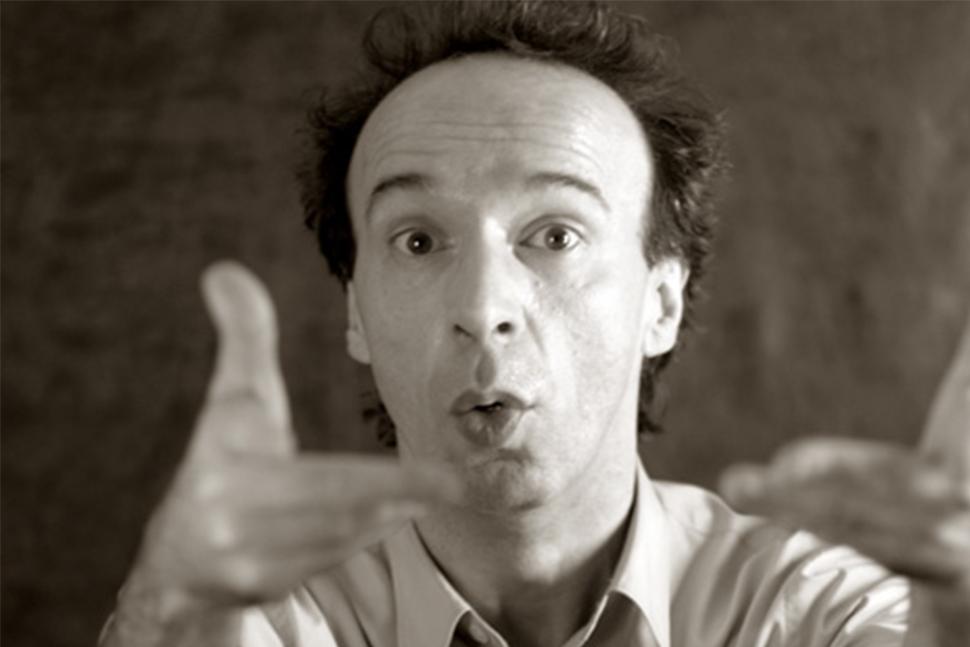