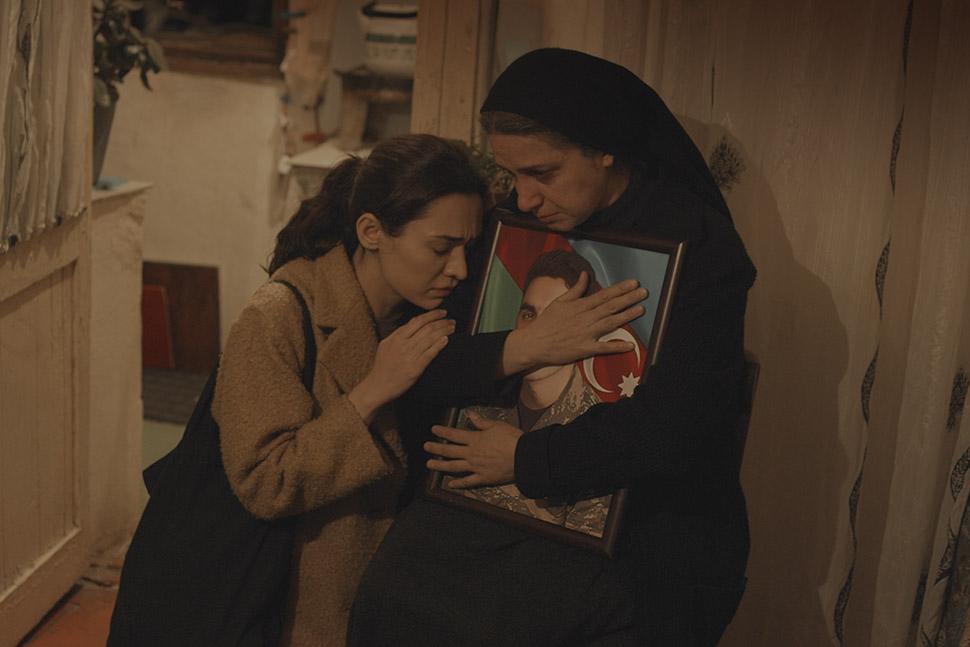 While the Second Nagorno-Karabakh war rages on far away from Baku, Azerbaijan, Banu has four days to find someone to support her in court against her influential soon to be ex-husband, Javid. He is trying to get full custody of their son Ruslan by claiming that Banu suffers from psychiatric issues. Banu embarks on a journey to find someone to help her in a society in which everyone’s attention is preoccupied with the ongoing war.

The aim of this film is not to take a political stance or to delve into the complex history of the decades old territorial conflict between two countries. Instead, I want the audiences to question the connection between war and patriarchy through one woman’s experience of fighting for the custody of her child amidst the war in which thousands of women lose theirs. In the end, it’s the future generations who lose; the cycle churns, oppressing even the boys it purports to cater to. At the root of it, what drives these wars and hatred is nationalism. It is a vicious cycle that never ends, and we must do what we can to try to stop it.