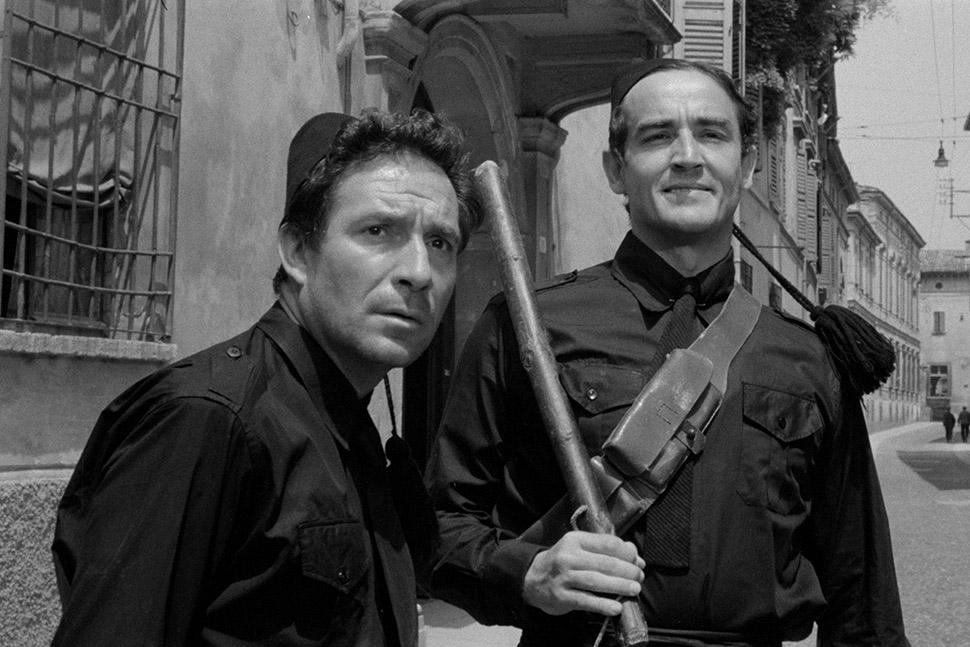 Domenico Rocchetti is a veteran of the First World War who goes around showing off a fake medal and bragging about his glorious deeds in order to beg a few coins from passersby. One day he meets his former captain, who slaps him for pretending to be a war hero and then exhorts him to join the newly formed Fascist party, which he claims has the fortunes of veterans at heart. At a rally in a rural town, the camerati are beaten up by the local peasants, all supporters of the Communist Party. Fleeing, Rocchetti encounters a man he had served with in the army, Gavazza. Living with his sister’s family and with few prospects, he agrees to follow Rocchetti and the Fascists, lured by the mirage of the redistribution of land. During the clashes over the strike of the street sweepers of Milan, whose place was taken by the Fascists, Rocchetti and Gavazza are arrested and jailed. Freed by an action of their camerati, they are caught up in the March on Rome. After several misadventures, the pair gradually come to realize that the hopes they had placed in the party are illusory and that the only arms in the hands of the Fascists are violence and bullying. After the umpteenth and gravest case of aggression by the squadristi, they make themselves scarce, watching the entry of the Fascists into Rome from among the crowd.

It is common in cinema, and it’s happened to me often, to be cheated by time. Actors whose contracts lapse, for instance. Gassman has always been a bit tiresome in this respect as he tends to want to finish with a film quickly. Intelligent as he is, he did not understand that sometimes it is worth stopping, waiting, postponing, in order to arrive at a more finished product. Gassman is an impatient man. This is what happened with La marcia su Roma, which for reasons of this kind had a screenplay that was a little premature. I still like the ending of the film, with the king saying: “Anyway these Fascists won’t last!” It’s better than what had been called for in the screenplay, where the two little Fascists, with their mania for a “place in the sun,” ended up working the land in Africa, in the desert, with a camel nearby.