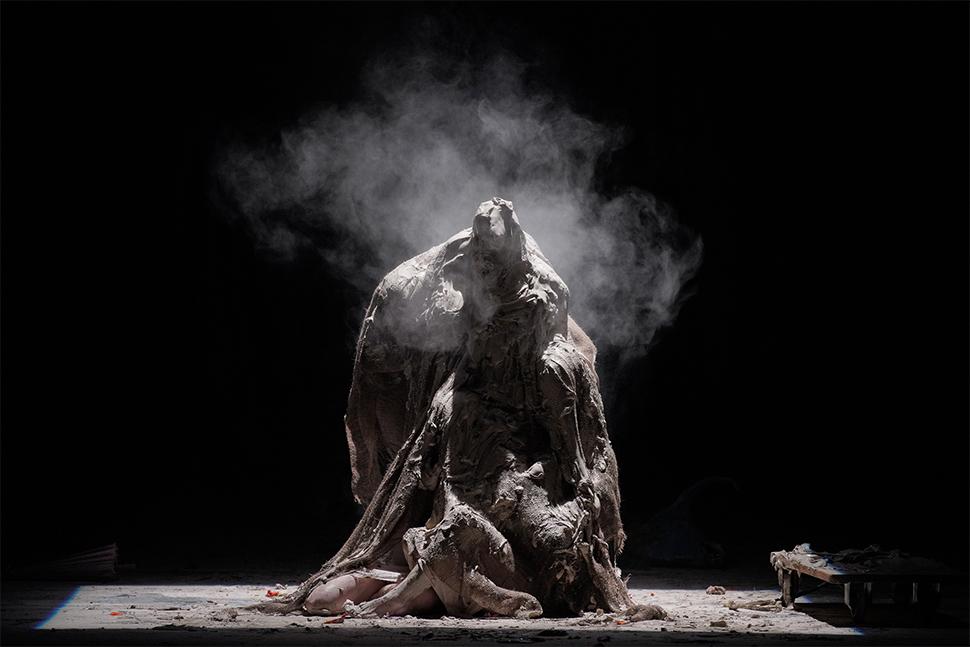 Originally trained as a biologist, Olivier de Sagazan turned to painting and sculpting with the ever-present idea of questioning organic life. From his passion to give life to matter came the idea for him to cover his own body with clay in order to observe the resulting “object”. This experiment gave rise to the creation of a solo, Transfiguration, in which we see a man gradually disfiguring himself with clay into a kind of monster. This half-man, half-beast is searching beneath his masks for who he is. We find a similar process of transformation applied to the six dancers in his creation La Messe de l’Âne. Demonstrators, priests, politicians, scientists, prisoners, patients: are all, with the help of clay, undergoing transformations that are emerging from the position they occupy in society. Each one of them holds a conflict between two entities: a puppet and a puppeteer. This situation produces a need for folly and the reappraisal of so-called normality.