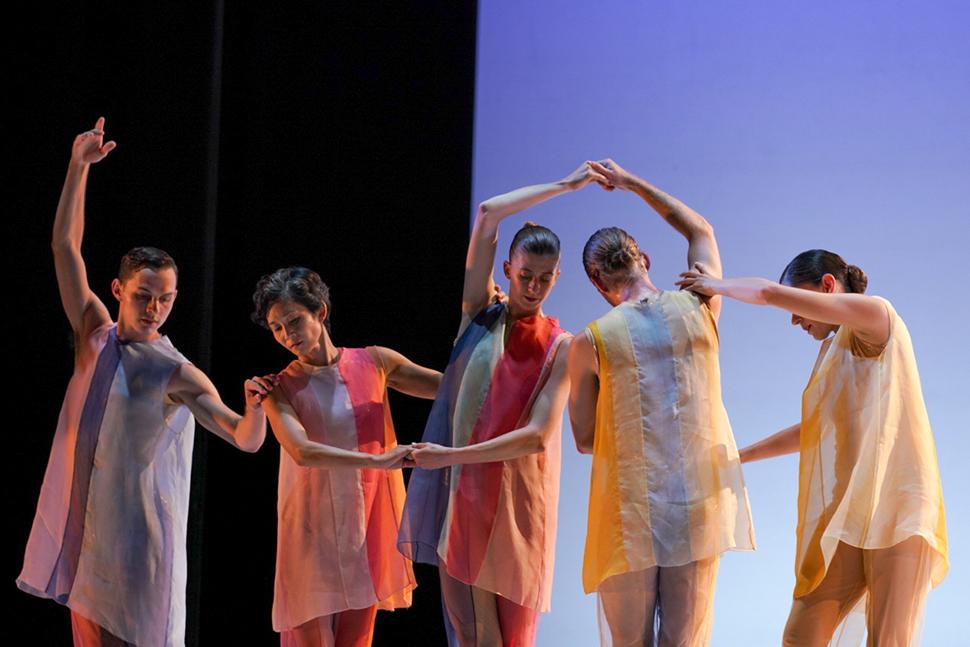 Deconstructing classical, formal and traditional movement vocabularies, New Work for Goldberg Variations mirrors and converses with Bach’s iconic score in a delightful interplay of rhythm, style and idiosyncrasy, shifting between encoded gestures and virtuosic dancing and demonstrating the rich emotional world lying beneath the poised surface of the Goldbergs’ musical architecture. This monumental collaboration between pianist Simone Dinnerstein and choreographer Pam Tanowitz did not come without its artistic risks. Both initially expressed hesitation in creating a new large-scale production using a historic work like Goldberg Variations, knowing that other artists have tackled it with great success, most famously in Jerome Robbins’ landmark ballet and Glenn Gould’s celebrated recording. But ultimately, both Tanowitz and Dinnerstein agreed that pushing against history and making way for new interpretations is part of the creative process and that any hesitation about working on Goldberg was the exact reason the project should move ahead. Tanowitz remembered the words of one of her icons, Merce Cunningham: “The only way to do it is to do it”. Thus, New Work for Goldberg Variations was born, and since its premiere in 2017, the work continues to thrive and evolve, receiving critical acclaim and becoming Tanowitz and the company’s most performed work to date.