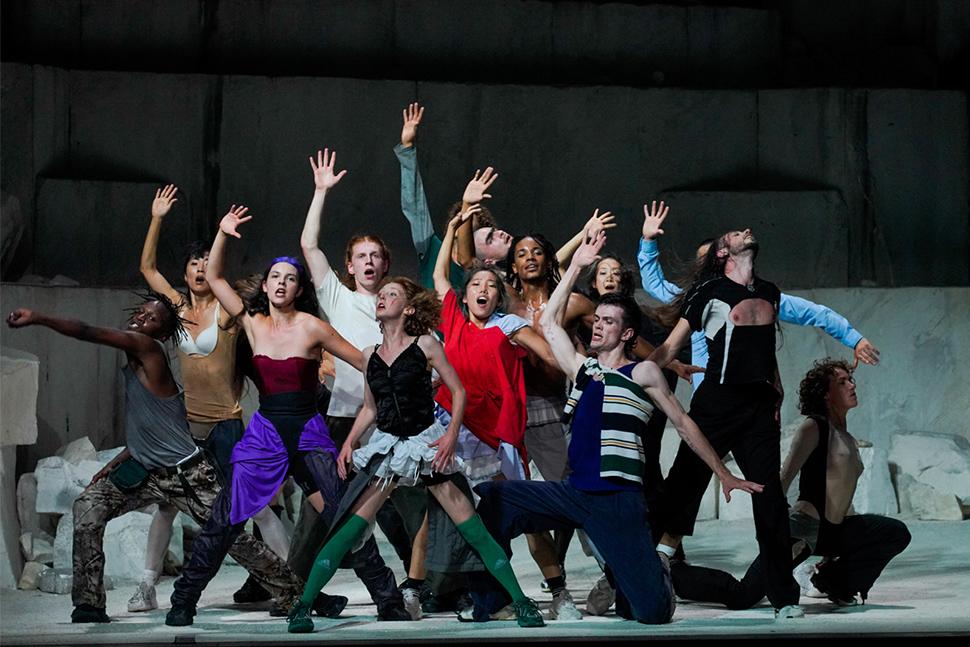 In just a few albums, RONE has secured his place as one of the most influential French producers around, putting some of his own soul into electro. He added another dimension to his career with the creation of the show Room With A View and his eponymous fifth album in 2020. Having been invited by the Théâtre du Châtelet for a carte blanche, he was keen to work with (LA)HORDE and consequently with the dancers of the Ballet national de Marseille. In a marble quarry, various machines are in action, cutting and polishing the rock. In this otherworldly place and behind his machines, RONE sculpts sweeping electronic and motional landscapes that he offers to a group of dancers. While sculptors worked with marble to “free the human form inside the block” (Michelangelo), the performers dance to escape the stones’ white immobility, rising up to scrutinise the infinitely human contours of impending disaster and envisaging the very possibility of its beauty. (LA)HORDE continues to explore forms of protest and rebellion through dance. Room With A View is a blank page, a space devised as a naturalist white cube in which sounds, bodies and images can be inscribed to reflect on the shifting place of humanity. For RONE it provides the opportunity required for a new album, a unique performance in which the cries of his machines resonate, inviting us to break away and trace vanishing lines towards songs that exist far beyond mankind itself.