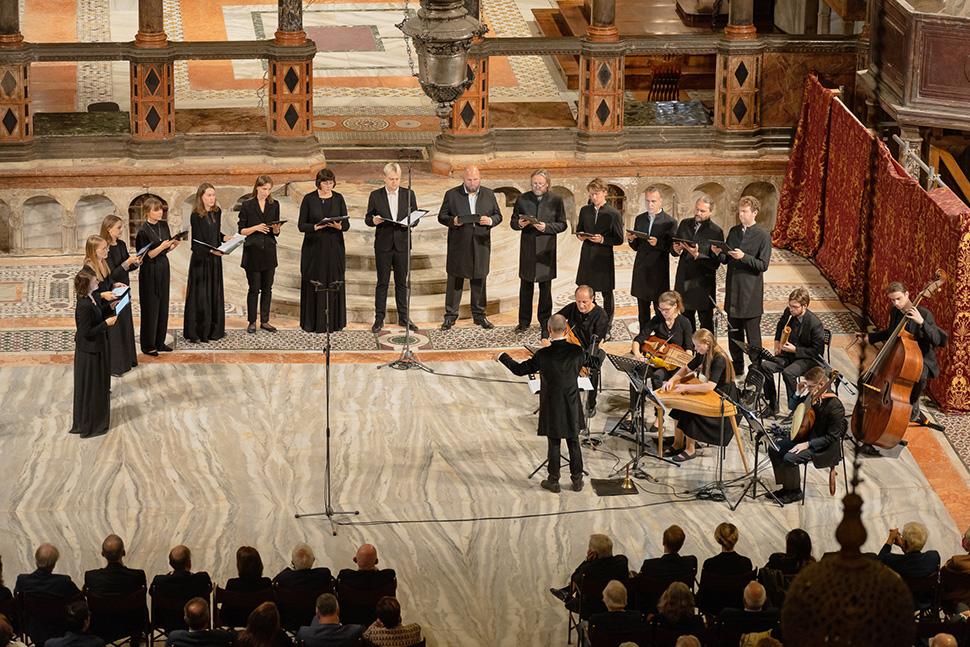 The French philosopher and theologian Henri Corbin writes about the ways of perceiving the world: “Between the universe that can be apprehended by pure intellectual perception, [...] and the universe perceptible to the senses, there is an intermediate word, the world of the Idea-Images, of archetypal figures, subtle substances, of ‘immaterial matter’. The organ of this universe is the active Imagination; it is the place of theophanic visions, the scene on which visionary events and symbolic stories appear in their true reality – mundus imaginalis.” In this world of violence and aggression, more then ever I feel the need to honour and give space to the imaginal, not the imaginary “utopian”, but the true area of the soul. Sacred representations are a layer in the topography of these interworlds. The space of the church – full of symbols and images – is a model of our own inner sacred space we cannot really understand, but rather perceive like Jesus being in the womb of the Virgin Mary.

The existing liturgical music found in the manuscript of the Santa Maria della Fava together with the texts of the sacred representations and the fragments of the Gospel of Mary from “Papyrus Berolinensis” are like an ancient runway we can follow. It is supporting us in our quest more then we realise. These representations and texts are not historic artefacts separate from us, they are a part of us – if we dare to open our mundus imaginalis and give space to our own visions.