Music theatre for three singers, baroque ensemble, objects and video based upon The Return of Ulysses to his Fatherland by Claudio Monteverdi 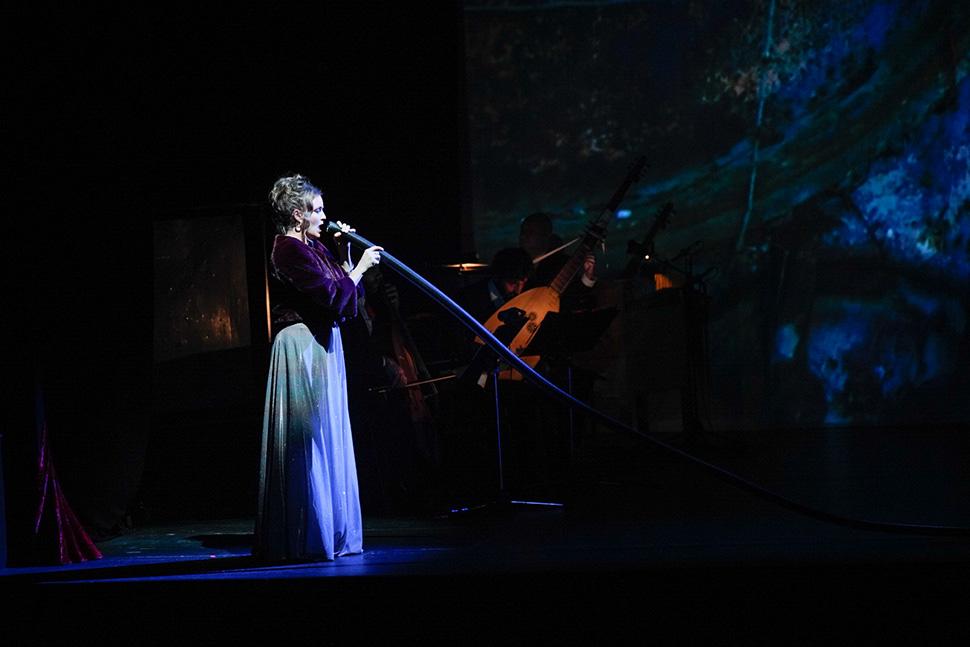 In THE RETURN Simon Steen-Andersen creates a performative, playful staging of Monteverdi’s The Return of Ulysses to his Fatherland mixed with his site-specific concept Run Time Error (2009-2021). The Venetian Arsenale is turned into a maritime stage-set for dreamed up gods and reunions as Ulysses’ life flashes before his eyes while drowning outside the coast of Ithaca.

The new work by Steen-Andersen is a performative reflection on what we know about the very beginning of the public performance of music theatre productions in Venice at the beginning of the seventeenth century. The opening of the firsts public theatre in Venice, the Teatro San Cassiano in 1637 and the Teatro Santi Giovanni e Paolo in 1638, was the result of a long and intense process of experimentation of the new operatic form, present in Venice in private theatres since sixteenth century. Monteverdi’s The Return of Ulysses to his Fatherland, premiered in 1640 in the Teatro Santi Giovanni e Paolo and produced anew in the Teatro San Cassiano in 1641, represents the most impressive showcase of the evolution of the genre. Steen-Andersen is acting as composer, librettist, dramaturg, director, video-artist and performer and animates his troupe composed by Venetian soloists well known in Monteverdi’s repertoire for a new music theatre work staged both inside and outside the scenic space of the Teatro Piccolo Arsenale, using the video as scene and as scenic reportage of what is happening outside. The fragments from Monteverdi’s score are the skeleton of a sort of compositional resurrection of this magic Venetian time of dramaturgical experimentation.

In the new production, the Teatro Piccolo Arsenale symbolically represents all the many opera theatres starting in Venice from the beginning of the sixteenth century, now disappeared, confronting the transience of the architectural structures and the eternity of some of the scores.