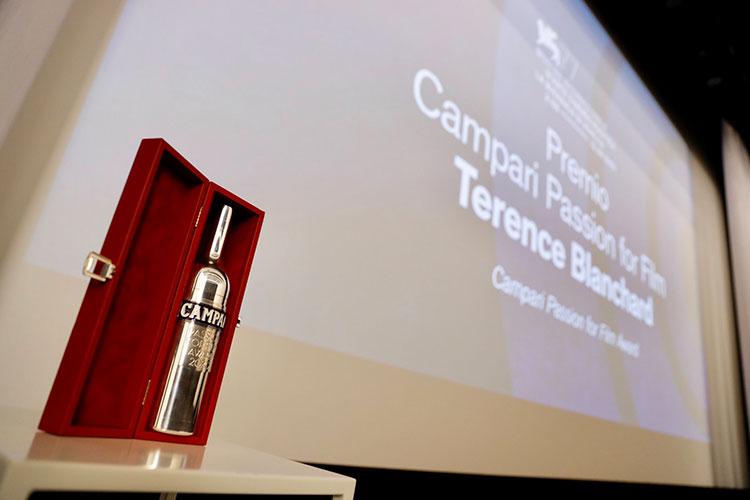 Terence Blanchard to receive the Campari Passion for Film award

The award ceremony will take place on Monday September 7th at 10:00 pm in the Sala Grande (Palazzo del Cinema).

Oscar-nominated and Grammy-winning composer of the original scores for a wide range of films by Spike Lee and other filmmakers, he also composed the score for One Night in Miami by Regina King Out of Competition at 77th Venice Film Festival

La Biennale di Venezia and Campari are pleased to announce that the world renowned Oscar nominated and six-time Grammy-winning composer, trumpeter and jazz musician Terence Blanchard, composer of the original scores for a wide range of films by Spike Lee including most recently Da 5 Bloods which was released by Netflix this summer, is the recipient of the Campari Passion for Film Award of the 77th Venice International Film Festival (September 2 - 12, 2020).

The award, instituted two years ago at the 75th Venice Film Festival, seeks to highlight the remarkable contribution given by the director's closest collaborators to the fulfillment of the artistic project that each film represents. Passion for Film attributes this award to these professional figures (two years ago the prize was awarded to American film editor Bob Murawski, last year to the Italian cinematographer Luca Bigazzi), who are more than just craftsmen: they are artists and co-authors of the films to which they offer the gift of their unparalleled talent.

The ceremony for the award to Terence Blanchard will take place on Monday September 7th at 10:00 pm in the Sala Grande (Palazzo del Cinema) before the screening Out of Competition of One Night in Miami (Usa, 100’) by Regina King with Kingsley Ben-Adir, Eli Goree, Aldis Hodge, Leslie Odom Jr, featuring Terence Blanchard’s score.

Alberto Barbera notes, “Not only is Terence Blanchard one of the most important jazz trumpeters of all time, he is also one of the most prolific and sought-after composers of film scores. He has written the score for over 40 films including the majority of Spike Lee’s works since 1991, from Jungle Fever to Da 5 Bloods. This has been a most long-lasting and significant partnership, reflecting Blanchard’s relentless commitment to the cause of civil rights in America. His artistic career is distinguished by vigorous musical creations inspired by some of the most painful tragedies in American society, such as the distressing cyclical epidemic of armed violence, especially against black or brown citizens. With the soundtrack of One Night in Miami, Blanchard adds a new chapter to the powerful musical architecture of his contribution to the themes of our contemporary age, which could not be more aligned with the dramatic events of recent months, culminating in the protests to assert that Black Lives Matter.”

“We’re honoured to be part of such an important event as the Venice International Film Festival and delighted to have been able to work with the artistic direction to create the ‘Campari Passion for Film’ award,” said Campari Group Senior Marketing Director Clarice Pinto. “In this edition, we were keen to explore the concept of passion as a key element in providing inspiration for the creative process. And what better way of expressing passion than music? We decided to showcase the hugely important figure of the composer, whose melodies deliver unforgettable emotions to viewers, accompanying key scenes and emphasising the tempo of films with evocative, high-impact sounds to create an immersive, unique experience.”

A world renowned trumpeter/composer/band leader and Blue Note recording artist, Terence Blanchard is the most prolific jazz musician to have ever composed for motion pictures. Blanchard was born and raised in New Orleans where he studied with the Marsalis brothers at the famed New Orleans Center for the Creative Arts. In 1980, he won a scholarship to Rutgers University and immediately began performing in the Lionel Hampton Orchestra. Two years later, he succeeded Wynton Marsalis in the legendary Jazz Messengers before forming his own influential groups. Blanchard originally began performing on Spike Lee's soundtracks, including Mo’ Better Blues in which he ghosted the trumpet for Denzel Washington.  He received his first Oscar nomination for Spike Lee’s BlacKkKlansman for which he was also BAFTA nominated and won a Grammy for a track from the film.  His current quintet The E-Collective was featured on the score along with a 96-piece orchestra.  Among  his many other film credits include Spike Lee’s Malcolm X, 25th Hour, Inside Man,  and When the Levees Broke; Kasi Lemmons’, Eve’s Bayou, Talk to Me, and Harriet; George Lucas’ Red Tails; and Tim Story’s Barbershop.  For television Blanchard wrote the music for the critically acclaimed drama series Perry Mason starring Matthew Rhys with episodes directed by Tim Van Patten, which premiered on HBO in June 2020.

One Night in Miami

On one incredible night in 1964, four icons of sports, music, and activism gather to celebrate one of the biggest upsets in boxing history. When underdog Cassius Clay, soon to be called Muhammad Ali, (Eli Goree), defeats heavy weight champion Sonny Liston at the Miami Convention Hall, Clay memorialized the event with three of his friends: Malcolm X (Kingsley Ben-Adir), Sam Cooke (Leslie Odom Jr.) and Jim Brown (Aldis Hodge). Based on the award winning play of the same name, One Night In Miami is a fictional account inspired by the historic night these four formidable figures spent together. It looks at the struggles these men faced and the vital role they each played in the civil rights movement and cultural upheaval of the 1960s.  More than 40 years later, their conversations on racial injustice, religion, and personal responsibility still resonate.

The 77th Venice International Film Festival will be held on the Lido from September 2nd to 12th, 2020, directed by Alberto Barbera and organized by La Biennale di Venezia. 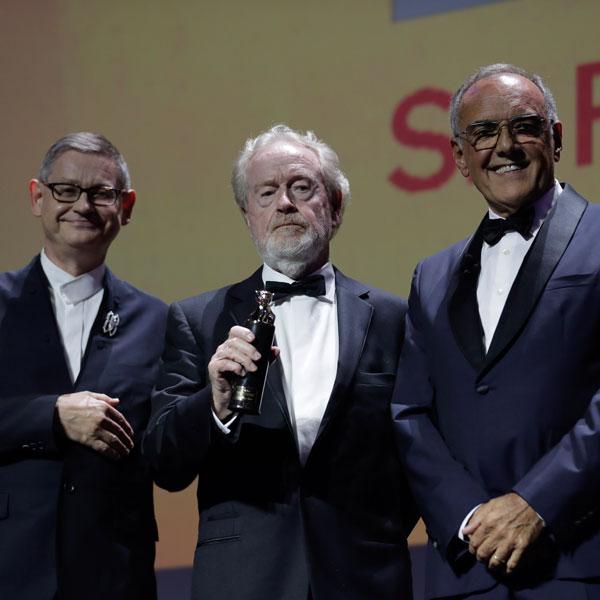 The award ceremony will take place on 10th September at 9:15 pm in the Palazzo del Cinema, before the screening Out of Competition of his new film, The Last Duel.