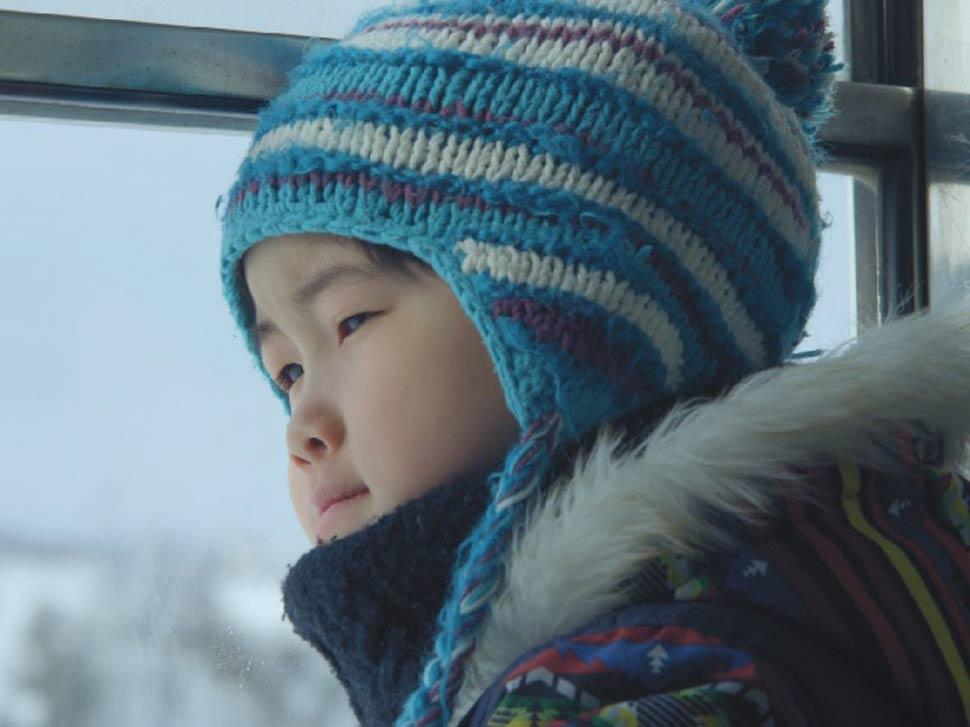 Snow covered mountains in Japan. Every night, a fisherman makes his way to the market in town. His 6 year old son is awoken by his departure and finds it impossible to fall back to sleep. In the sleeping household, the young boy draws a picture he then slips into his satchel. On his way to school, still drowsy, he strays off the path and wanders into the snow...

We met each other at the premiere of our films Un jeune poète and Iki o koroshite, we immediately connected through our love of cinema. A few months later we decided to make a movie together. Damien longed to film the snow and Kohei working with a child. So we travelled to Japan’s most snowy region, in Aomori, and met a six- year-old boy, Takara Kogawa. We have been amazed by his blend of whimsy and sadness, his foolproof sincerity... In life, his father is fishmonger and Takara hears him getting up every night to go to the market. When Takara comes home from school, his father is still sleeping. They barely see each other. We have attempted to narrate this complex feeling of love and distance through Takara’s footsteps.