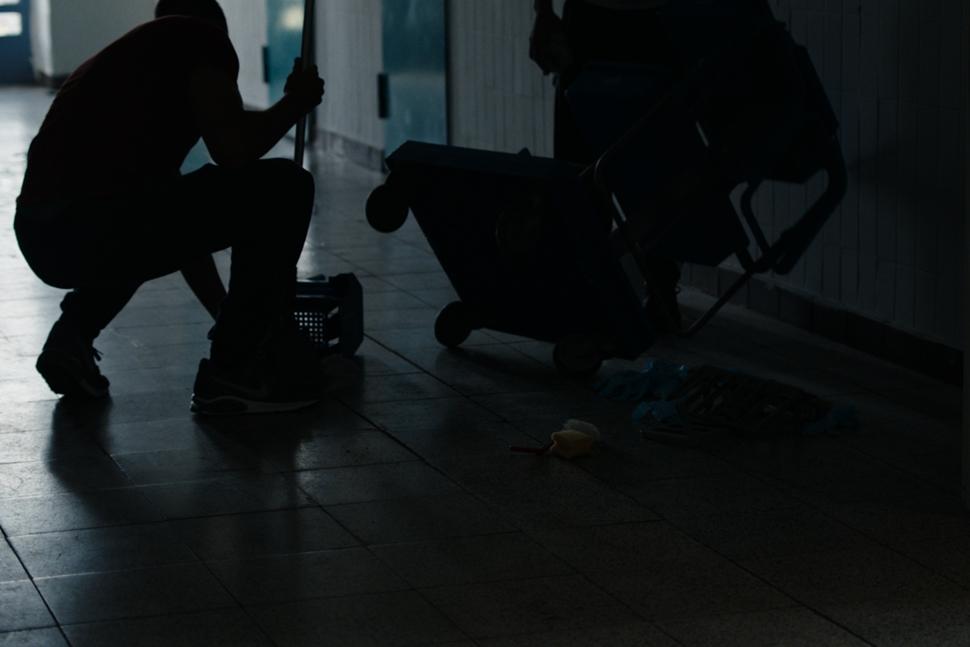 Eating, waiting, haircutting, cleaning, telephone—and bedtime. The perennial daily routine of a juvenile detention center brings about a clotting of time. Bodies are transformed into vehicles, lethargically moved from workshops to single-person cells, down hallways into outdoor areas, from armchair to couch. Nothing makes a difference. Breathing, walking, sitting, lying down again. Existence in a comatose state. The film observes this heterotopic cosmos, picturing a perpetual dissolution. It tells a story of bodies left behind, of an undefined longing. A longing for something different. For an outside so yonder that even the dreamers do not know any longer, if it has even ever existed as such.

This film attempts to ascertain what kind of place a prison actually is: against established genre images, without sensationalising biographies of inmates, revolts or escape plans, focusing on the sober present instead. What I discovered was tedious dullness in a space that thickens so much that time is on the verge of stopping.