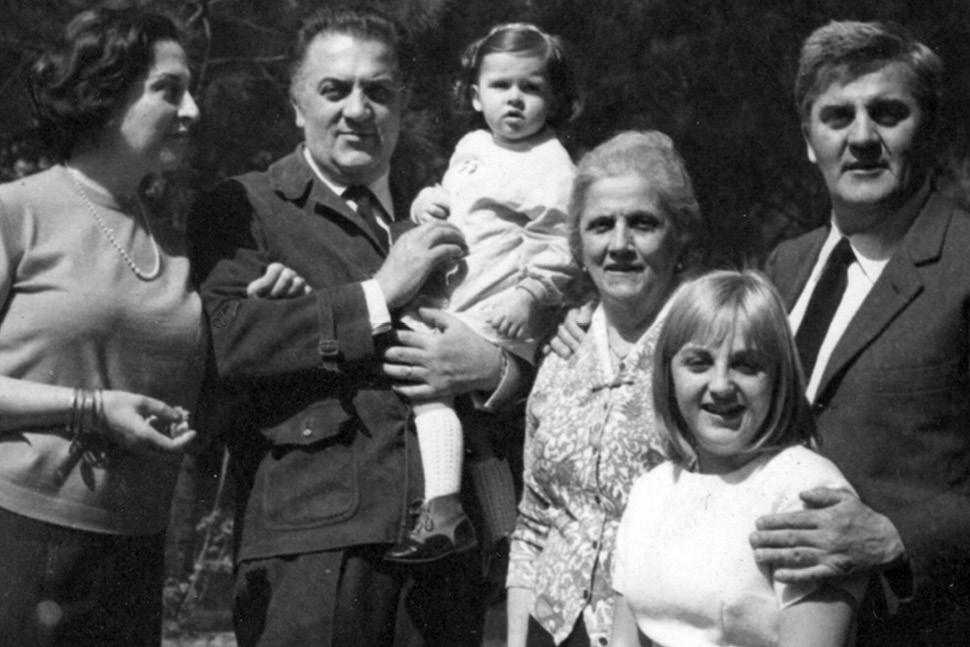 Although so much has already been said about Fellini, it is still possible to describe unknown episodes of his cinema, his life and his poetry, especially if you were lucky enough to work with him and share his experiences. This is the case with Eugenio Cappuccio, who reconstructs in this documentary how he got to know Fellini in Rimini as an adolescent, and later, after having studied at Centro Sperimentale di Cinematografia, when they worked together on the set of Ginger e Fred (Ginger and Fred). Going through the remains and trails in the vast television repertory of the Rai, the film is enriched with numerous original testimonies of people who worked with Fellini. Starting from Rimini, Eugenio Cappuccio therefore heads towards new discoveries of Fellini’s ‘secret world’, which have never been completely revealed.

I decided to divide the film into two parts. In the first, the viewer focuses on Fellini’s biography and his early works to experience his unique nature as both a person and artist. The second part is structured more in the form of a detection that unexpectedly takes us to a particular scenario that is rarely seen, that of the two films that Fellini did not want to or could not make: Viaggio a Tulum and Il Viaggio di G. Mastorna.
The first person narration with the off-screen voice creates a special observation point on the great director and his aesthetics and films.
It all envelops Fellini’s poetry and art, the inspiration for the title of the film-doc, which is everlasting and destined to continue forever.