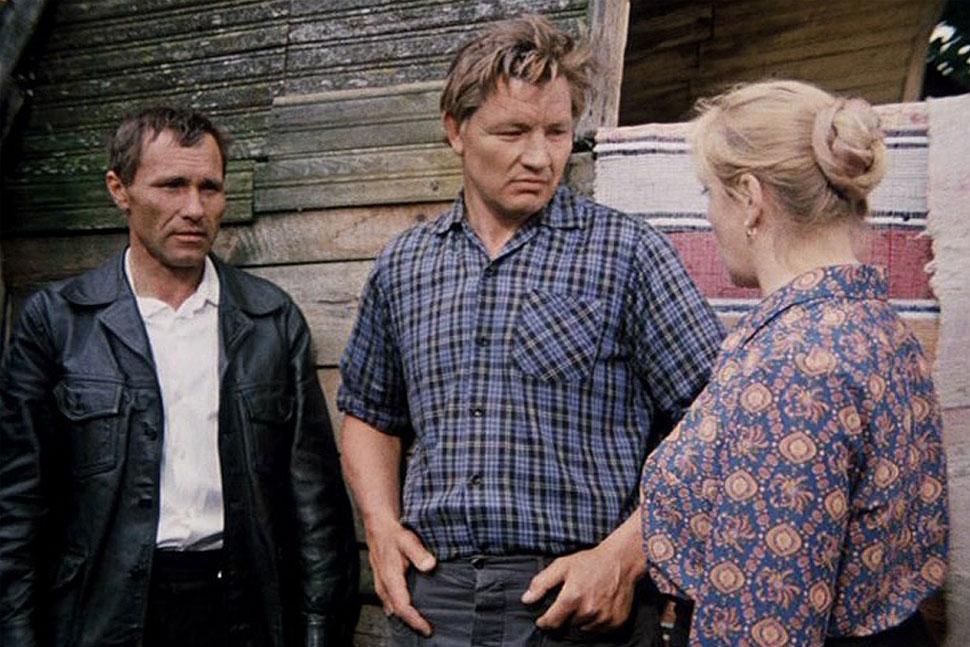 A thief Egor having served a term in prison goes to the country to meet his pen-friend Lyuba, a kind genial village woman. Egor comes to love Lyuba sincerely. Now he has friends, work and beloved woman. He decides to break with his criminal past and starts a new life. However, his former criminal associates interfere brutally.

Now it is as clear as day that the rural life which used to be is losing ground and that it will disappear totally. But where to is it heading and where will it end up? That is the question. Nowadays I am most worried about this aspect of the problem. Having left his home village Egor lost everything. He was carried along as a broken tree branch is carried by wind. He dropped out of his nest and foul people got their hands on him. They cosseted and humored him in a difficult time, as the evil is always more sly and active in the struggle for the human soul. And Egor became a thief (...) In this bitter story (...) I concentrate on a peasant. A peasant who lost his bond with the land, with labor, with the roots of life. How could it happen that a man of peasant blood of hard workers, of sound moral nature instilled by peasant environment, suddenly went astray, broke down?
A.N. Varlamov, Shukshin, Molodaya Gvardiya Publishing House, 2015

PRODUCTION WHEN THE FILM WAS MADE: Mosfilm