Share on FacebookShare on TwitterShare on LinkedINSend via WhatsApp
previous performance 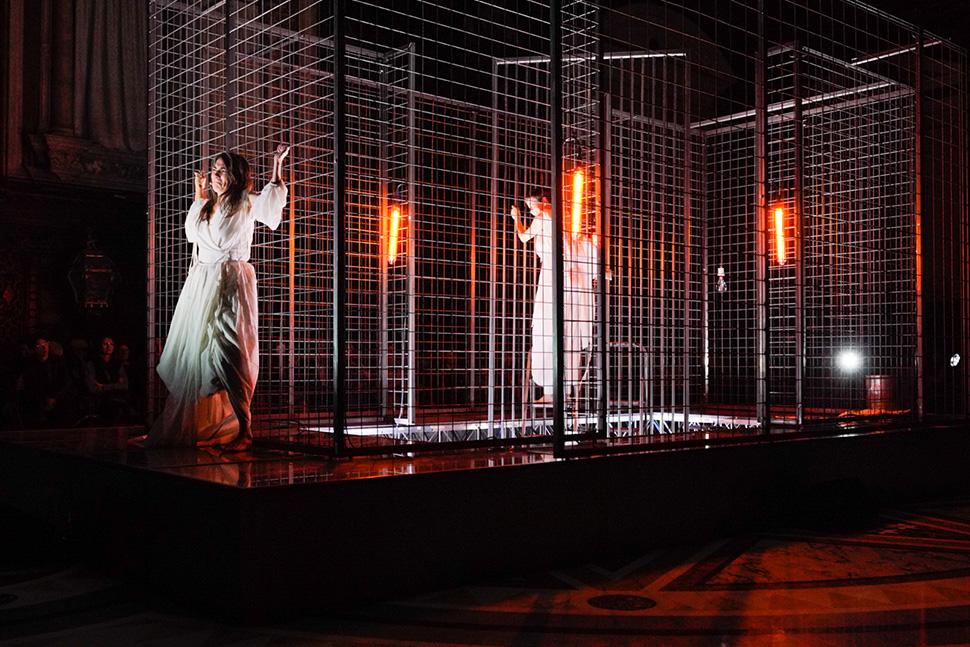 Dedicated to Maria Kalesnikava and all other brave women who lost their freedom fighting for a better world.
What is freedom? And what are you willing to sacrifice it for?

During an illegal protest action, a young activist is arrested. She is locked up for the night together with an older barmaid, who’s been accused of killing her husband. The two women unwillingly share the small prison cell: their forced togetherness starts out on a tense note, but as time passes they open up to each other. First reluctantly and uneasily, then more intimately, they share their fears and hopes.
Composer Annelies Van Parys’ music enters into dialogue with the Banchieri madrigals, as librettist Gaea Schoeters weaves the old texts into the new libretto and the vocal ensemble paints a picture of the events that led up to incarceration of both women. The two soloists share their thoughts and feelings not only with each other, but also with the audience, as they comment on their own situation — thus turning Notwehr into a performance that is both playful and touching, light and dark.

Note
Performance with surtitles: the public can download an app with the translation in English, German and Italian. At the entrance a QR code will be on display (also in the App Store: Lyri Live)