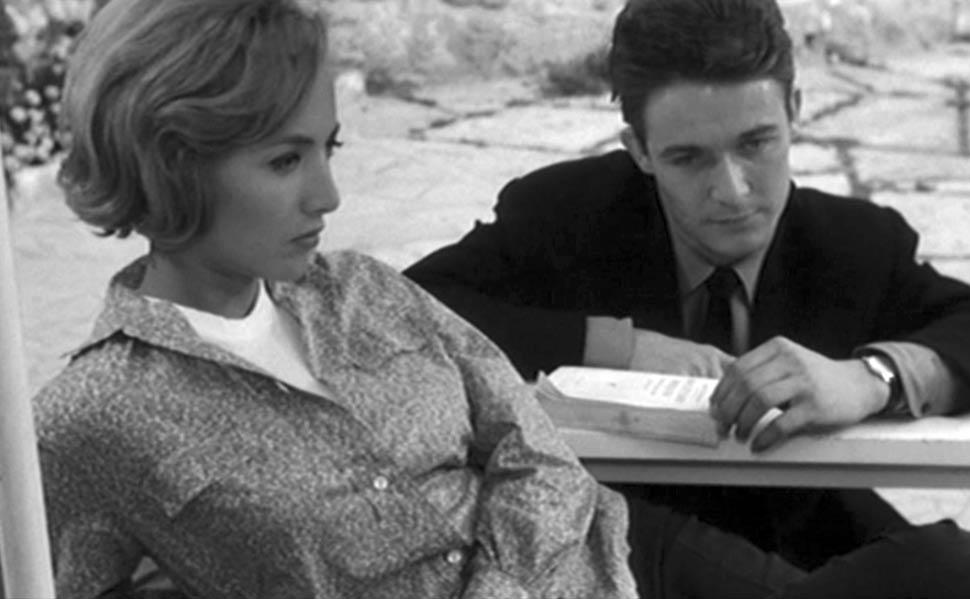 Albin Mercier, a failed journalist, is writing an article in Germany. When he meets a couple who seems very close, he is jealous and sets out to destroy their relationship. He discovers that the young woman has a lover and blackmails her emotionally.

L’oeil du malin will be seen, I hope, as a crime movie. It will be the first time I have made a film in a particular genre and respected the rules throughout. (...) But beside its genre, this film has another facet: it is a pathological study of envy. The whole film is told by the character played by Charrier (...) In this film, whose plot is quite simple and lends to suspense, I have tried to bring out ideas by the use of objects, the elements, lighting, faces, voices, the actors’ movements, the camera’s movements, their immobility, lenses and point of view shots.