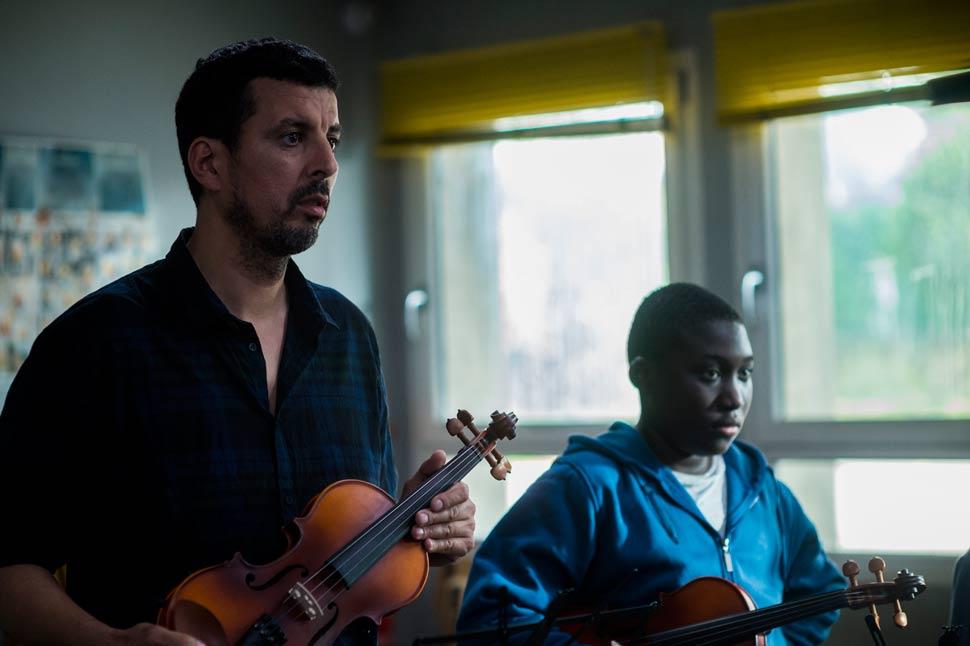 Simon is a distinguished, but disillusioned violinist. Arnold is a shy student who is fascinated with the violin and discovers that he has a real talent for it. With Arnold’s raw talent and the joyous energy of his class, Simon gradually rediscovers the joys of music. Together, they will overcome many obstacles and succeed to enroll the class in an end-of-the-year concert at the prestigious Paris Philharmonic.

One night, my co-writer, Guy Laurent, called me after watching a story about kids in the working-class neighborhood who played classical music. There was indeed an echo between what those children were doing and my own journey. I decided to contact the people in charge of Démos, a socially oriented program for Musical and Orchestral Education, developed by the Philharmonie de Paris. I also took an interest in the orchestra classes overseen by the Ministry of Education. From classroom to classroom, I started to bond with those kids. As I watched them working with their teachers, a story was developing in my head. It is not just about cinema and social phenomenon. La Mélodie reflects the desire to put into words and pictures the faith in life and art against the determinisms (poverty, violence, abandonment, cynicism, etc.) everybody tries to escape, and the urge to depict as accurately as possible life’s disillusions in order to better understand what drives hope.