Edoardo Winspeare - La vita in comune (The Ark of Disperata) 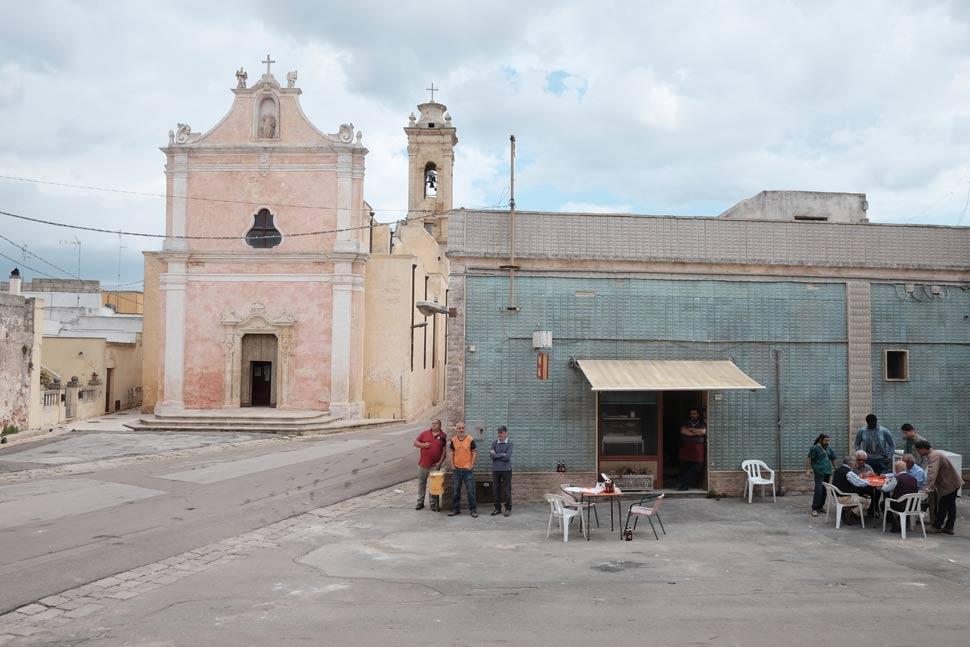 At Disperata, a small and godforsaken town in Southern Italy, the melancholy mayor Filippo Pisanelli feels terribly unfit for his role. Only a love of poetry and his passion for the literature lessons he gives to prison inmates admit a chink of light into his general state of depression. In jail he meets Pati, a small-time criminal from his own town. Pati and his brother Angiolino were dreaming of becoming the mafia bosses of Capo di Leuca, but the encounter with art changes everything and an unusual friendship between the three men will lead them to make courageous choices: the two now reformed gangsters undergo a genuine conversion to poetry and the beauty of creation, while the mayor finds the courage to defend his ideas, crazy perhaps but ones for which it is worth fighting. The reappearance of the monk seal will be the sign that something has changed. The life of the timid Filippo has been turned upside down and he dives into it headfirst, surrounded at last not by fears but by a peaceful silence. Not only will this odd relationship change the three men but it will also be the harbinger of a rebirth of civic pride in the small community of Disperata.

La vita in comune is what happens when we, generous and despicable human beings, decide to work together, trying perhaps to dream. Pati, Angiolino, Eufemia, Biagetto and Filippo really exist: they are, or—perhaps it would be better to say—could be exactly how they are described in the script. Their ambitions, their dreams—how to become the mammasantissima, the mafia bosses of the poorest and most depressed town in Puglia, waiting for the monk seal, initiating prisoners into poetry, wanting to become a school caretaker, waiting anxiously for a telephone call from the Pope, building a zoo for Disperata—have the visionary flavor of an everyday utopia, without the rhetoric that often accompanies such deeds when they are carried out by heroes recognized the world over.