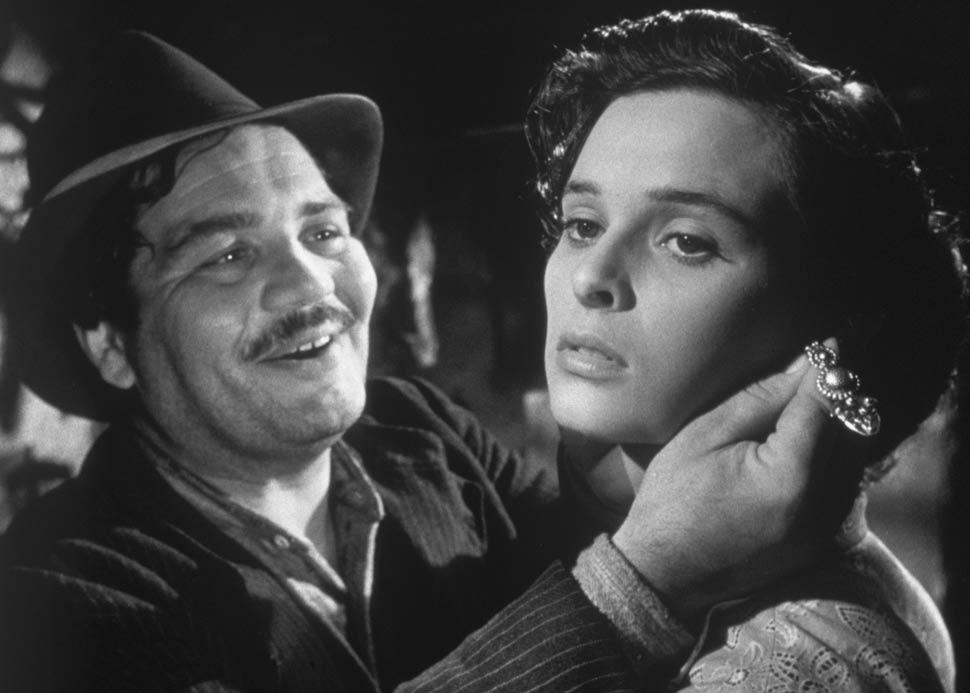 The shepherd Francesco Dominici, back from fighting in the war, tries in vain to find work in his homeland, scarred by recent history. One night, to get his revenge for the theft of sheep from his family by the shady Agostino Bonfiglio, who has grown rich with the black market and usury, he goes to take back the animals with the aid of his fiancée Lucia and sister Maria Grazia, but is caught and arrested.

The best of it is that, when all is said and done, this film of mine Non c’è pace tra gli ulivi has more or less the same morale as American westerns, in which the cowboy is forced every time to take the law into his own hands against the oppressor, breaking—in order to attain his goal, something in which he gets the support of the whole audience—the law himself, although he is pardoned in the end. Almost always, in fact, the sheriff arrives two minutes later, sees the result of his action, gives the honest cowboy a friendly and paternal clap on the back, helps him, offers him good advice and, even if he doesn’t say “well done” and “hurrah” in so many words, conveys the same thing with his affectionate eyes.