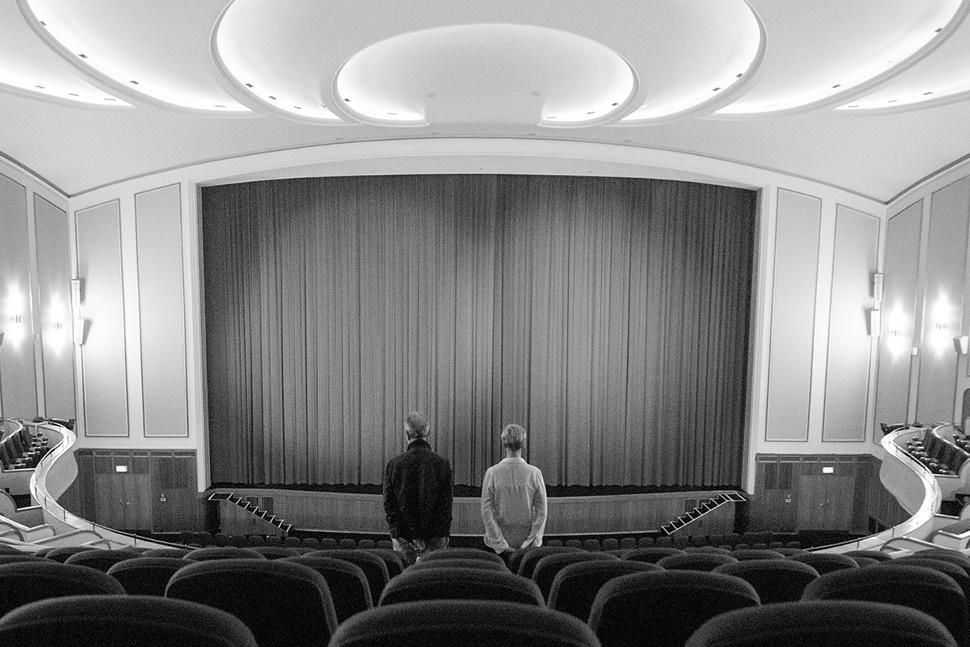 The film is a non-commercial arthouse documentary film about famous 86-year-old German filmmaker Edgar Reitz. Anna Hepp, the young filmmaker of this documentary, meets with Reitz in one of Germany‘s most famous cinemas: the Lichtburg in Essen. This film‘s main focus is a continuous dialogue between these two people from two different generations and genders: young and old – female and male. Anna Hepp asks the film expert Edgar Reitz about if and how cinema might be fading away from Germany’s media culture. They talk about the difficulties of filmmaking and the struggle to survive in this business, then and now. The bottom line of the film is: just as at some point you have to say good-bye to everything in life, friends, family, loved ones, you might also have to say good-bye to cinema culture. Filmmaking is an attempt to preserve memories forever. The film is a declaration of Love for Cinema and Love for Filmmaking.

I’m looking for the ideals and moral values of those having paved my cinematic way. In my view, Edgar Reitz is the most exciting postwar German filmmaker. He was the one who, at the International Short Film Festival Oberhausen in 1962, together with other young filmmakers, proclaimed the so-called Oberhausen Manifesto. These young filmmakers demanded a new cinema: “The old film is dead. We believe in the new film.” Instead of being for entertainment, they wanted film to be food for thought. According to them, filmmakers also needed to become financially independent—pronouncing ‘Papa’s cinema’ to be dead. I knew I definitely wanted to meet this ‘Old Master’—on a personal as well as an artistic level. What motivated him? Spurred him on to stick to his ideals of art and film even in times of failure? Has he always been able to stay true to himself? What kind of person is Edgar Reitz? What’s behind his facade? We shot with him in the Lichtburg’ in Essen. So far he has been one of the most challenging film protagonists I have faced.