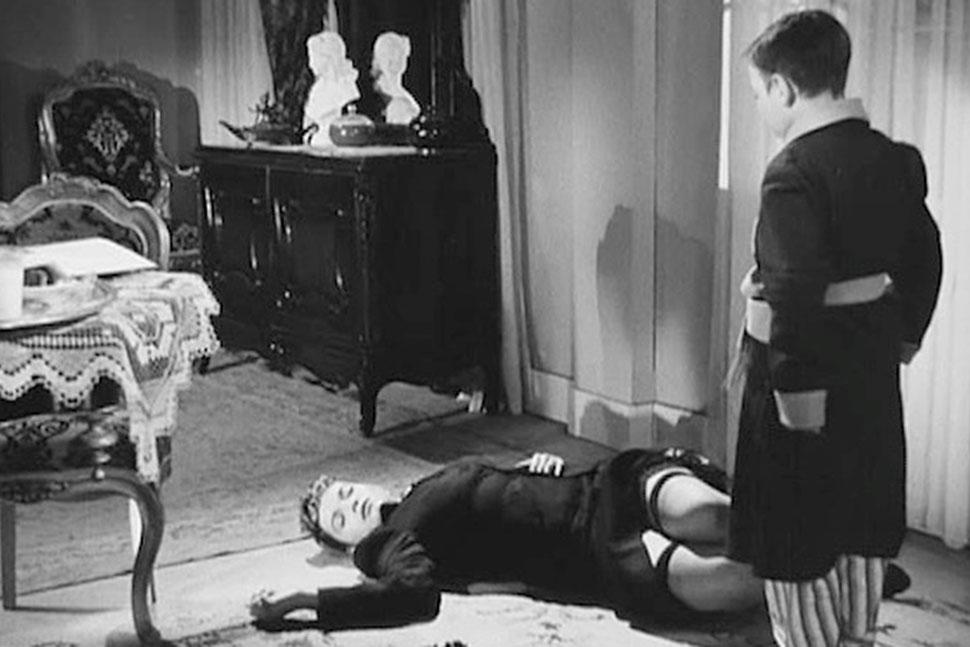 Buñuel gave life to a dark comedy story (“a joke, a divertimento” he called it) about visual and auditory obsessions, childhood memories, the idea of death linked to eroticism and guilt. Wealthy Archibaldo de la Cruz tells a judge why he should be considered a murderer. As a child, during the Mexican Revolution, his parents gave him a musical box that according to his governess had the power to cause the death of any enemy who heard its melody. The child, curious, opened the box and as he heard its melody, a stray bullet killed the young woman, revealing her attractive blood-stained thighs. From that moment on several violent deaths took place, people close to Archibaldo whom he had wanted to kill, died violently, as did his wife Carlota. He talks to the judge about his attraction to Lavinia, a beautiful woman who did not allow herself to be seduced by him, thus becoming an unattainable object he must destroy.

Archibaldo wants to kill... Possibly killing will liberate him from a sexual point of view, but if he really did kill, who knows what he would do next. He is a murderer. But obviously, he also likes the frustration, loves it. He seeks to kill a woman and fails. Tries to kill another and fails again. One could say he wanted to fail, so as to try once more. Does he do it to free himself? Maybe he does it for the opposite reason. I know this seems dark. I am attracted to the darkness in a character. If you try to build a character too rationally, he will not become alive. There must be a grey area.
José de la Colina y Tomás Pérez Turrent, Luis Buñuel. Prohibido asomarse al interior, Imcine, 1996.

PRODUCTION WHEN THE FILM WAS MADE: ALIANZA CINEMATOGRÁFICA S.A.