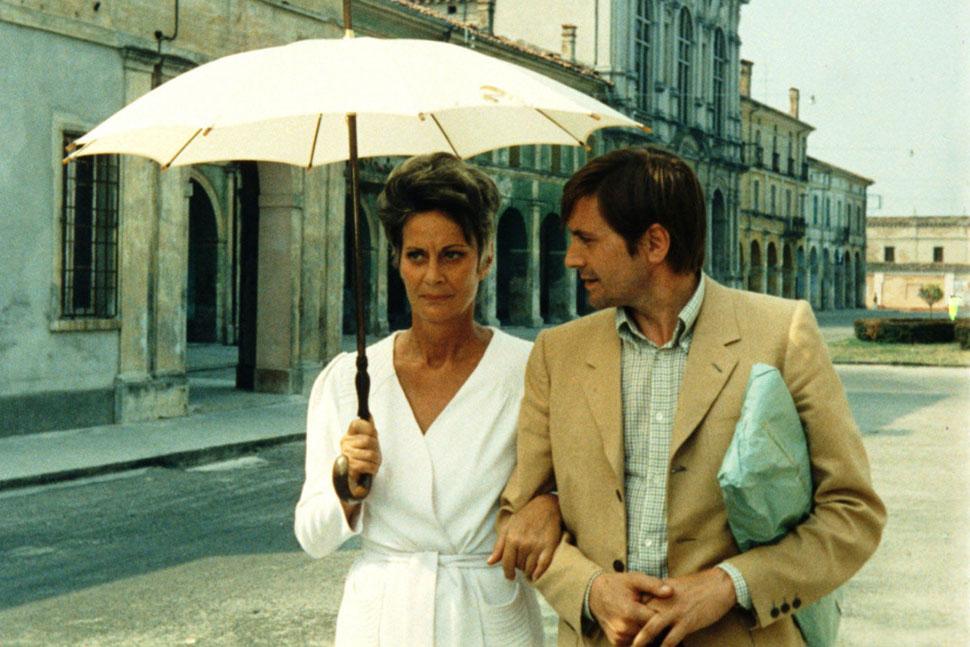 Shot between Sabbioneta and Pomponescohe, it is the Padan version of the Irish tale Theme of the Traitor and Hero, by Jorge Luis Borges in Fictions. Athos Magnani, the son of an anti-Fascist hero with the same name who is revered in a village in the lower Padan Plain, returns like Orestes to the land of his forefathers to find out who killed his father. His questions to the old militants suddenly come up against a wall and a code of silence that is incompatible with the hedonistic, extrovert civilisation of the local salami and Lambrusco wine. In recent years, we have seen very few films that were conceived and written with such grace, with a lightness that bears some of the torment of some of Mozart’s work. However, for Bertolucci it was obviously a matter of questioning, almost psychoanalytically, a totally private ethnic and cultural inheritance: he did it with great courage and tormenting delicacy. The Spider’s Stratagem has all the colors of a gentle palette, and Giulio Brogi’s double personification of father and son remains one of the most beautiful interpretations in late Italian cinema: in the profession of acting this is what having authentic talent as an artist really means.
Tullio Kezich, Panorama, 12 April 1973

The Spider’s Stratagem arose from the need to face the ambiguity of history regarding the demystification of the heroic figures of fathers, discovering that just like Magritte’s, Padan nights are made of light blue light, on magnificent direct recording microphones surrounded by the huge mosquitoes of the Po river. The film was shot in a trance-like condition like a dream: it is the dream of a film, the true cinema of memory. At least half the film is blue because I shot most of it in the brief interval of light between day and evening. It is a special blue, unmistakeable, and one that all the operators fear. We, on the other hand, began shooting when a traditional operator would have said ‘stop’.
From the catalogue of the 1970 Venice Film Festival.

PRODUCTION WHEN THE FILM WAS MADE: RAI Radiotelevisione Italiana