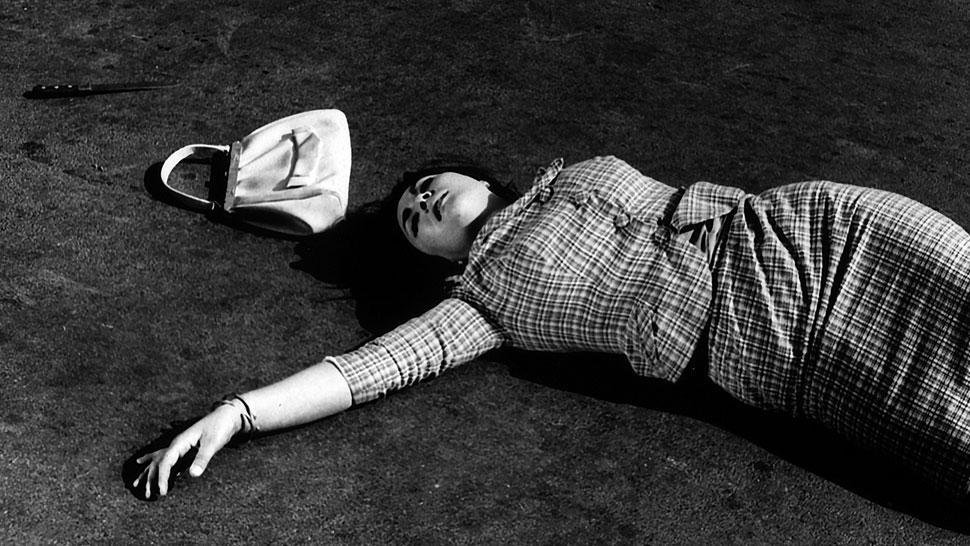 On the bank of the Tiber lies the body of a woman murdered just a short time before. The evidence of some witnesses allows the police to identify a group of people who had been seen in the area around the time the crime was committed. The nineteen-year-old ‘Canticchia’ claims he had passed by on his way back from a meeting with a priest. ‘Bostelli’ speaks of an idyllic stroll with his fiancée. Teodoro is a young soldier from Calabria who tells a fanciful story. The new suspect is Natalino, a strange character who reacts to the questioning like a hunted animal, accusing two teenagers he had glimpsed that evening. The police go to the working-class suburb where they live to pick up the boys, but they flee in panic toward the river. One of the them jumps into the water and drowns while the other is arrested. From his interrogation the figure of the real murderer slowly emerges.

Today I find the movie fairly interesting from the formal viewpoint because it is at once extremely naive and sophisticated. It is naive because it was my first film, and the first film of a very young man, but this feeling of naivety ‘flickers’ (to use the cameraman’s jargon) onto refined solutions, that is to say there is a total lack of practical experience applied to all the cinema I had seen. [...] Each episode is fairly different from the next in its formal aspect. I made a stylistic effort: I was looking for a cinematic language rather than exploring the historical and social implications of the characters, precisely because I was afraid of them, because they were not mine, and I would have almost certainly ended up doing a poor man’s Pasolini.
Interview conducted by Maurizio Ponzi, published in Filmcritica, no. 156-57 (April-May 1965), 262-74

PRODUCTION WHEN THE FILM WAS MADE: Cineriz